What Is Celiac Disease?

Celiac disease is considered a genetic disorder of the small intestine. It is characterized by an immune response that occurs when gluten, a protein found in wheat, barley, and rye is ingested. Oats is a culprit on the list as well, due to the high cross-contamination that takes place. The ingested gluten does not cause the damage directly, but it ignites the immune system and causes an attack on your digestive tract, which is actually, by nature, an autoimmune disorder. This attack on your digestive tract causes inflammation and damages the lining of the small intestine (more specifically the microvillus), creating a condition known as villous atrophy. This condition causes a lack in nutrient absorption. The lack of nutrient absorption leads to a slew of symptoms due to the different nutrient deficiencies that take place and because of the constant immune response.  Some common symptoms of celiac disease include diarrhea, increased appetite, bloating, weight loss, irritability, and fatigue, but it can display hundreds of different symptoms.[2,3]

Ranging from approximately 1 in 133 to even as many as 1 in 100 people have celiac disease, making it the most common inherited genetic illness in the country. Based on these estimates, only about 3% of these people have been diagnosed. Due to the over 200 symptoms the disease can portray, it takes an average of four years for someone to be diagnosed. Celiac disease is generally diagnosed by medical criteria, with a series of blood tests (celiac blood panel), followed by a duodenal biopsy. The only treatment for celiac disease is to follow a lifelong diet without gluten. Once gluten is removed from the diet, most symptoms subside within three to six months, but resolution of some symptoms can take longer.[1,3] 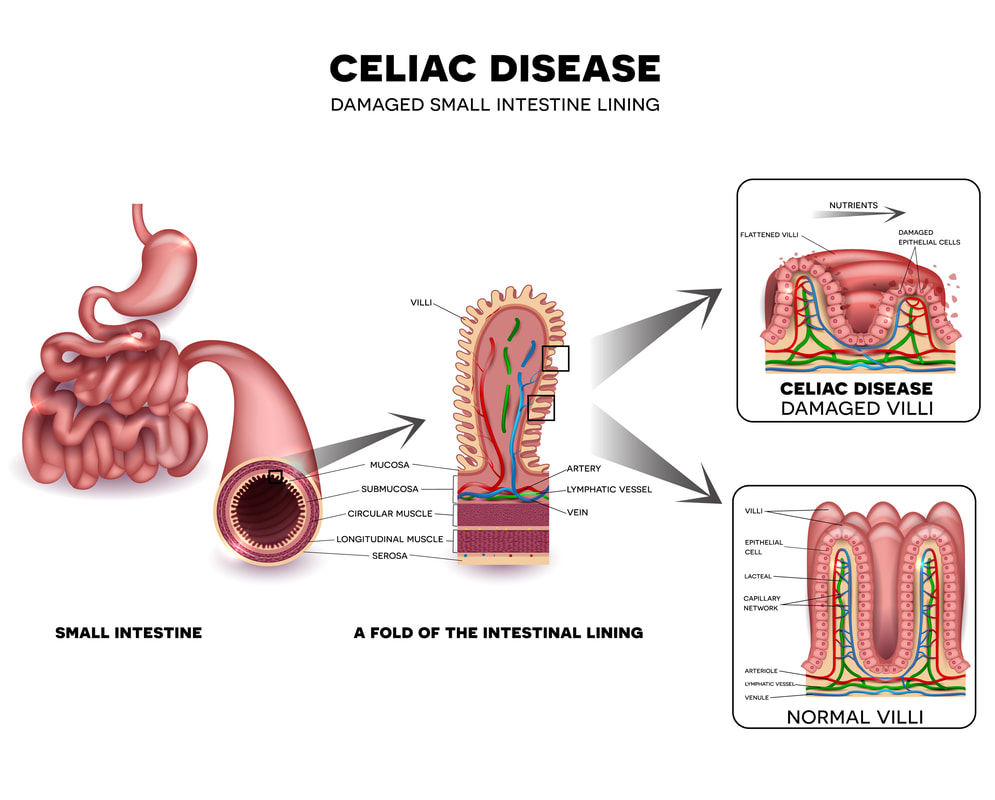 © Guniita | Dreamstime.com
Sources:
Recommend Next: Symptoms of the Unknown
google4a234be8c51932f3.html